Discrete Element Method has been extended with law of conversion of momentum at the contact point. Resulting in a complete model for simulations of spherical elements. On first test a beam made of spheres was generated, where spheres are held together according to cohesive mohr-coulomb criterion. Generated beam is supported at both ends and deforms subject to gravity force.

White circle on the screenshots represents lightsource, graph inside cyan rectangle is FPS (frames per second) in Hz, and represents speed of calculation. Both examples shown here are calculated about 10 times slower from realtime. 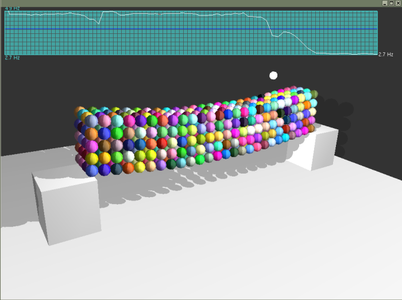 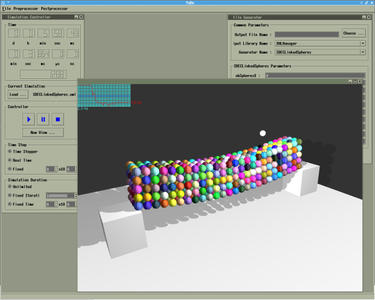 Similarly to example above a deformable plane made of spheres is generated and deforms subject to gravity. 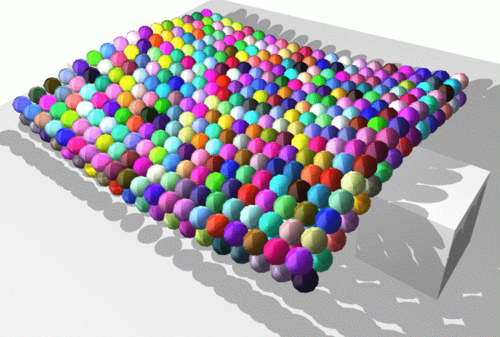 In general various shapes made of spheres of regular or irregular size can be generated and subject to arbitrary boundary conditions.