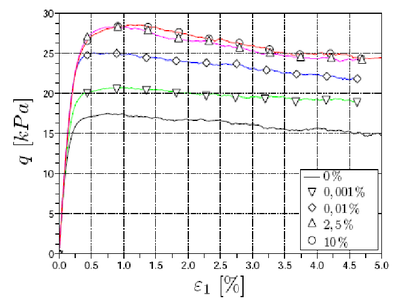 The control parameter is the capillary pressure (or suction) Uc, defined as the difference between gas and liquid pressure: Uc = Ugas - Uliquid. Liquid bridges properties (capillary Force Fcap, volume V, extents over interacting grains delta1 and delta2 and liquid-gas interface orientation tensor) are computed as a result of the defined Uc and the interacting geometry (spheres radii and interparticular distance).