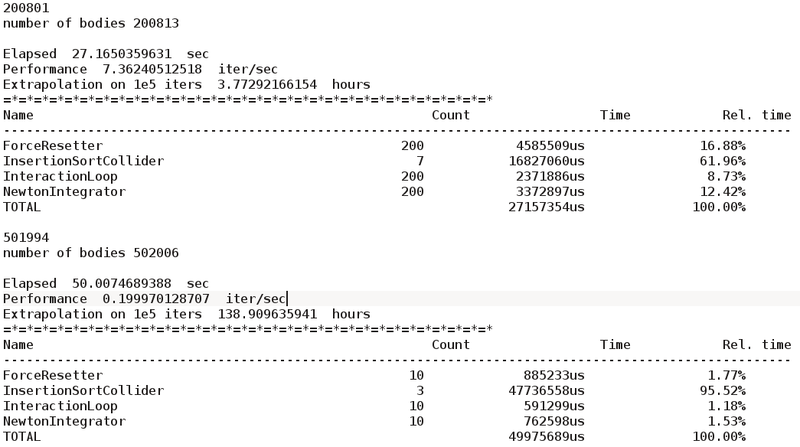 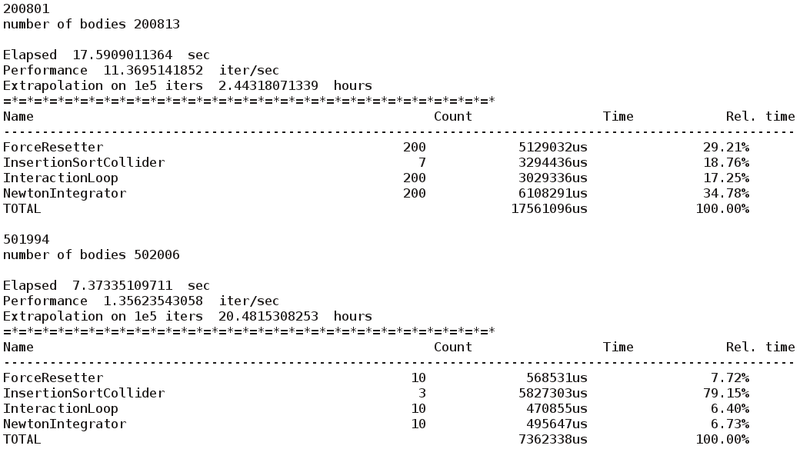 Finally, it should be mentioned that the results for 500000 particles are extrapolated from 10 iterations since this is the value in the current script. This is far too optimistic. I will post more realistic results soon.

Same as Test 1 but with more iterations (1x, 3x and 12x the number of iterations specified in checkPerf.py) and more particles (up to 10^6). However, 3 simulations per data point only.

Fig. 2.1: Cundall number for 1x number of base iterations

Fig. 2.2: Cundall number for 3x number of base iterations

Fig. 2.3: Cundall number for 12x number of base iterations

Some output from Timing

Timing output for -j8 on Intel for various iterations (1x, 3x and 12x the number of iterations specified in checkPerf.py): 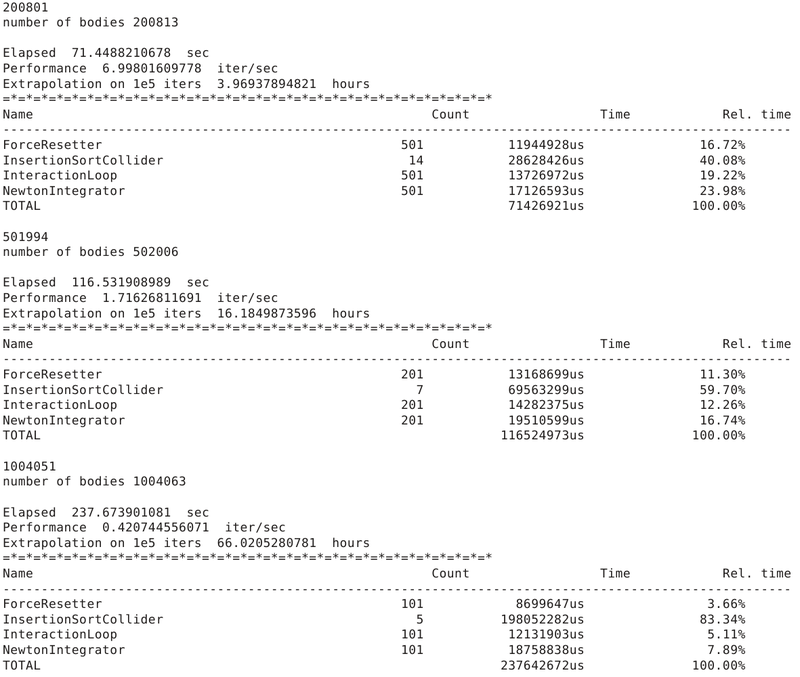 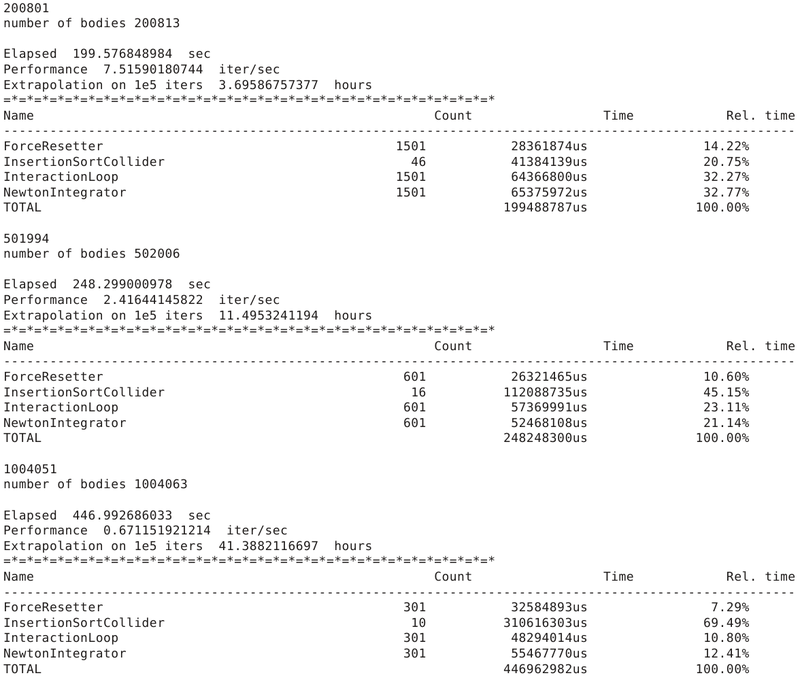 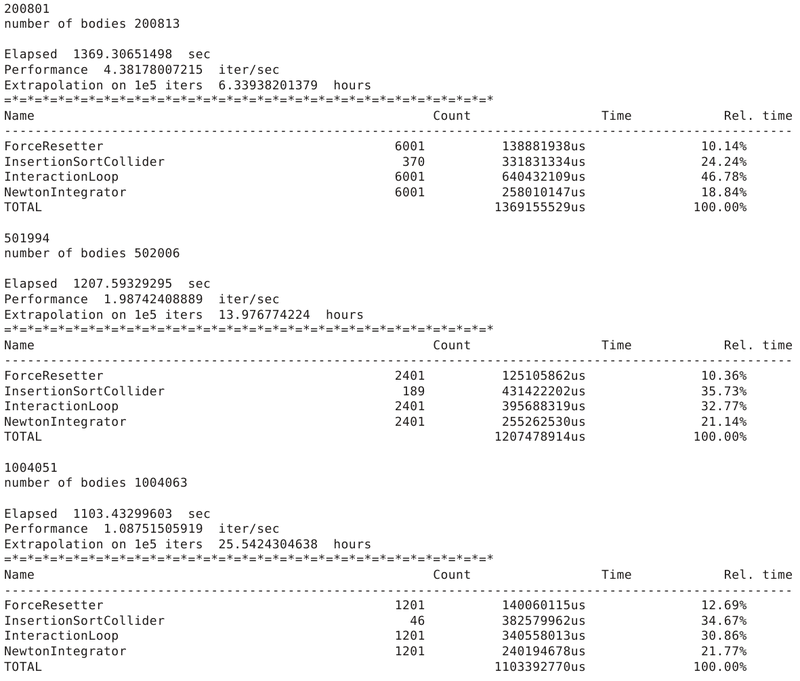 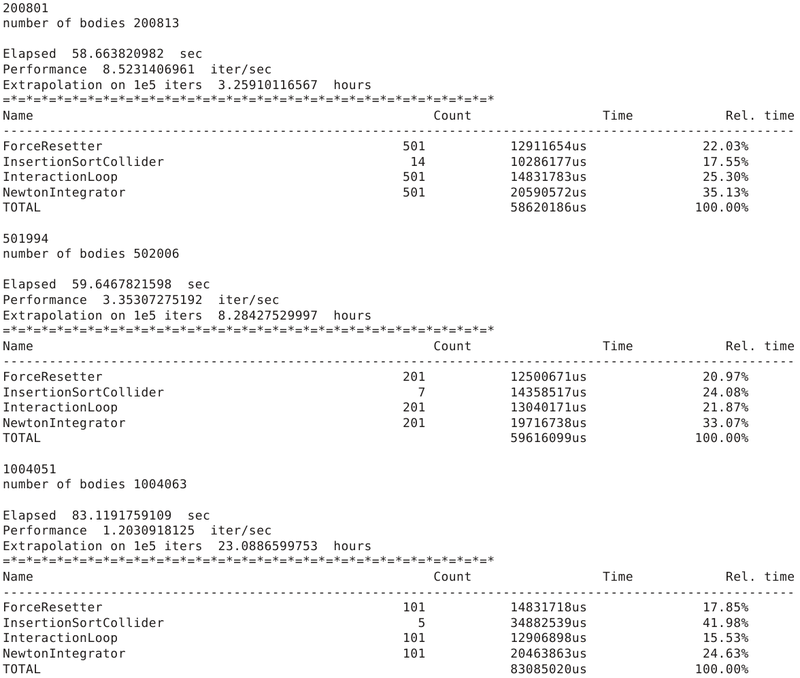 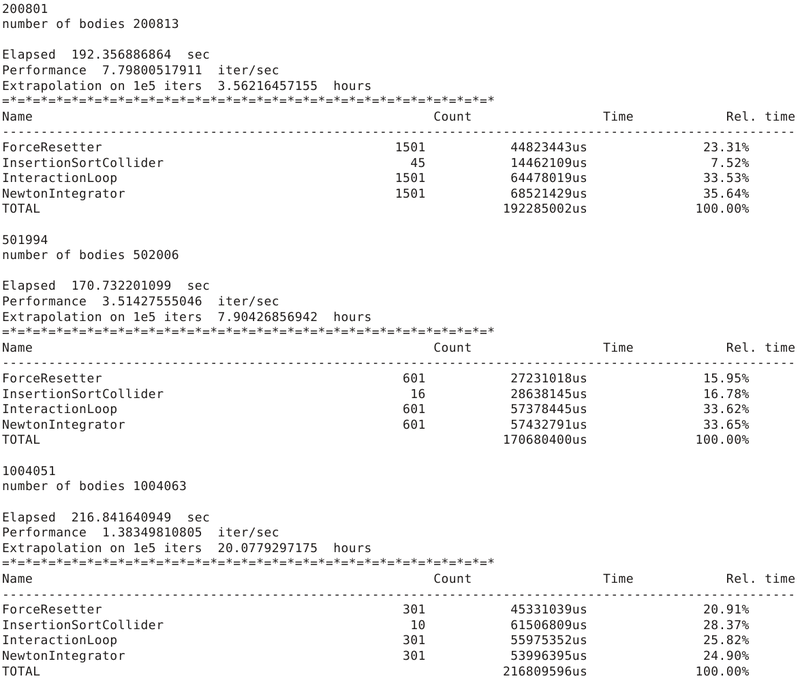 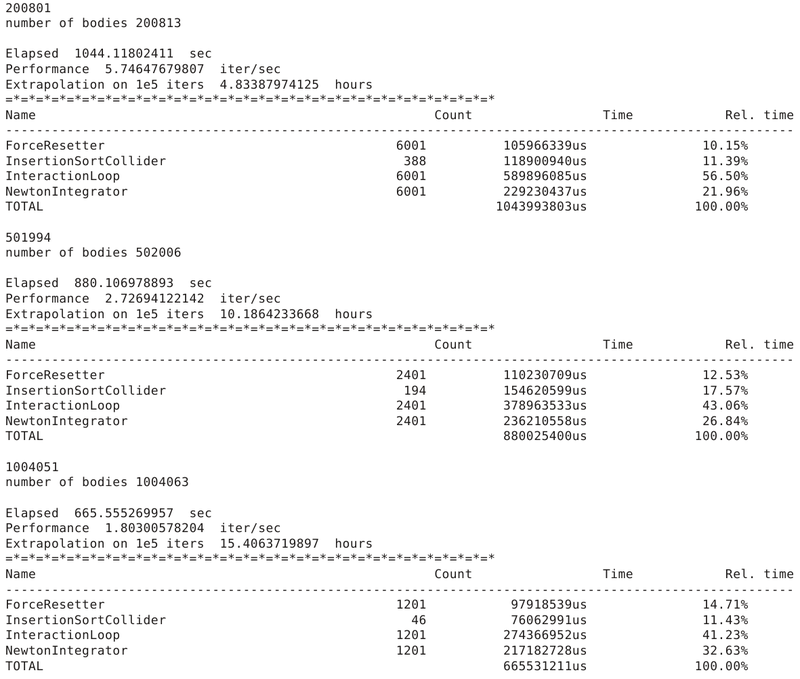